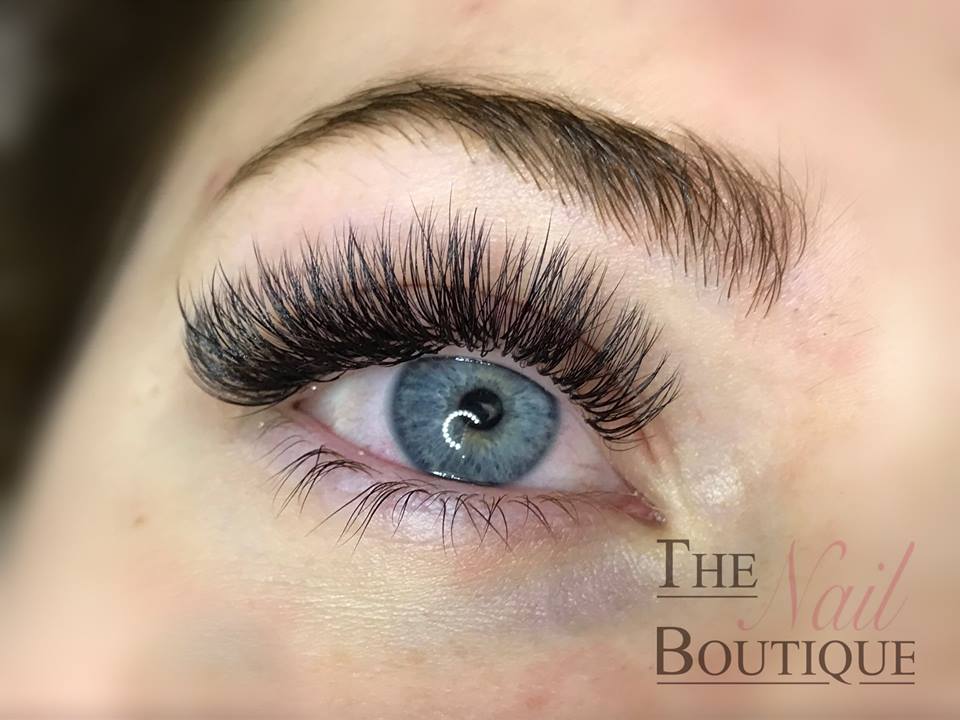 LASH TREND!
‘Kim K Lashes’
Eyelash extensions have blown up in popularity in the past 2 years, they have also come a long way since they were first introduced years ago. Gone are the days of long spidery false lashes and in their place are soft, natural looking lashes that will leave people asking ‘are they your real lashes???’.
One of the biggest lash requests at the minute are for Kim K-esque lashes. There are many names for this style of lash but the most common is the Kim K as these were the style Kim herself wore for a long time. They are also described as ‘wispy natural lashes’. The lashes are not uniformed and rather than going from shorter to longer they are staggered longer lashes with shorter inbetween, similar to how your natural lashes grow. This can be done in both classic and volume lashes. They are considerably more complicated, take a little longer and take more concentration/skill to do, hence why there is usually a price difference for these lashes. They are by far my most favourite style to do as there are so many different looks you can create as you can see below!